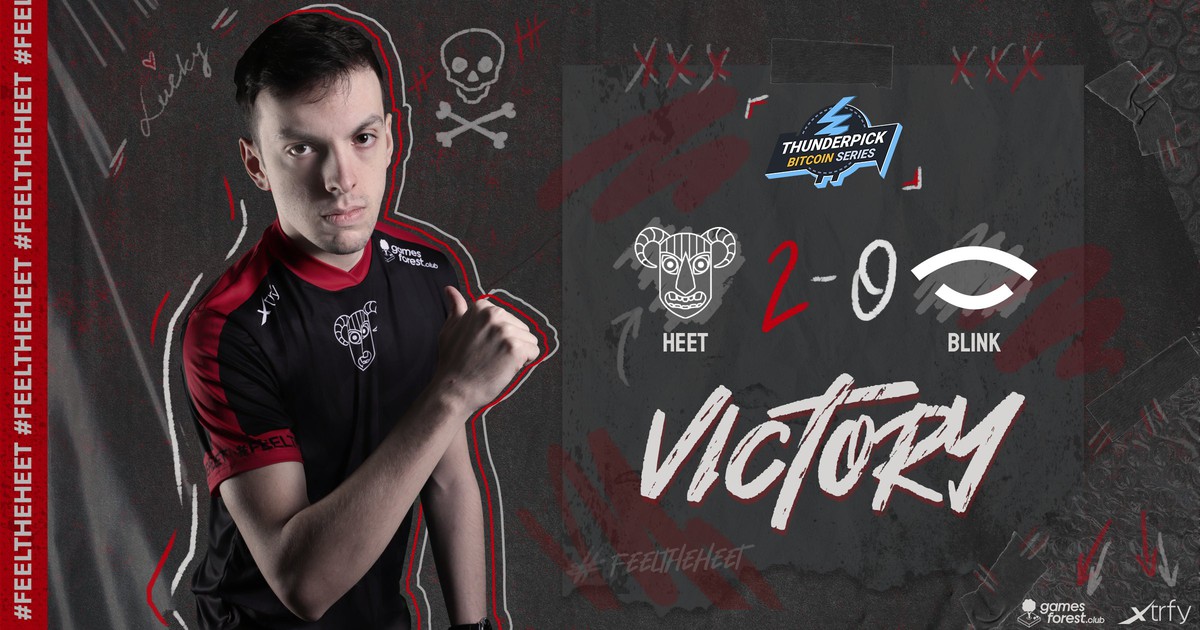 Today we played our fourth match of the Thunderpick Bitcoin Series 2022. We were coming out of two straight wins in the tournament. A 2-1 versus Enterprise, and another 2-1 versus SINNERS.

Coming into this series BLINK was also sitting at a 2-1 record so this was a very important series.

Dust2 was the first map of the series, and it was picked by BLINK. However, we had a really strong start. Winning six of the first seven rounds, and taking control of the game. Despite BLINK attempt to comeback we were always in control of the map and took the series lead with a 16-11 win.

Nuke was the second map of the series and one we have found a lot of success on lately. IN nuke we also started really well and went into the half-time with an 8-7 lead.

In the second half, we showed how good our CT-Side is. We won eight rounds in a row, not dropping a single round in our CT-Side, wining the map with a 16-7 scoreline.

We now sit in fifth place in the group's stage.

As always you showed amazing support and proved once again why we have the best fans in the world.

We will be back in action next week on Monday for the ESL Championnat National Spring 2022 against LDLC at 18:00 PM CET.

Be sure to tune in and let's make LDLC#FeelTheHEET