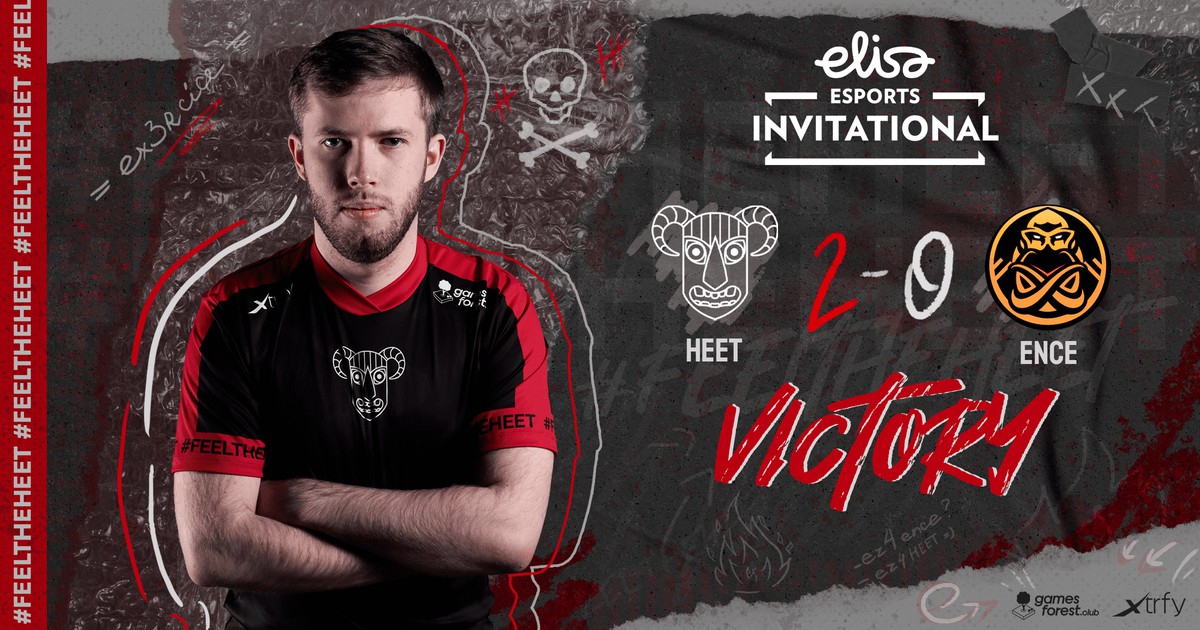 HEET defeated ENCE 2-0 to qualify for the Grand Final.

Our CS:GO boys once again proved why they are one of the best teams in Europe.

Today we faced off against ENCE for a spot in the Grand Final of the Elisa Invitational Winter.

Vertigo was our map pick, and we showed why teams should fear our Vertigo.

With one great T-Side performance, we went into half-time with a 10-5 lead. We were able to carry the momentum to the second half and took the map 16-10.

Overpass was the second map, and this time we had a very back and forth first half, with ENCE taking the 8-7 lead.

However, our T-Side proved once again to be too strong for ENCE, as we were able to win the first five rounds of the second half, and took control of the game.

This was a spectacular team effort, and this win allows us to fight for another trophy tomorrow.

As always your support was spectacular. Your energy and support will be crucial for tomorrow's Grand Final.